Vegan Food is Boring and Bland…Vegans Can’t be Foodies 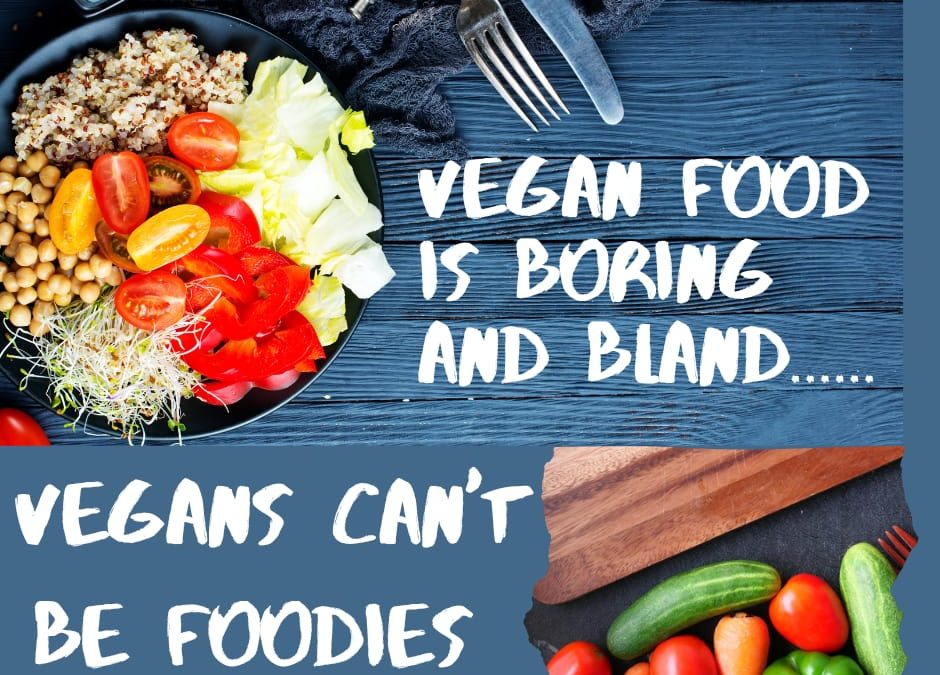 It is a common myth all over the world that vegan foods don’t have good taste that they are bland and boring. So most people do not adopt or even think of adopting veganism lifestyle as they will be giving up on tasty delicacies. But little do they know, vegan food can taste as good as non-vegan food with little bit of magic. This magic is nothing but magic of bacteria and other microorganism that can create an ingredient from a completely different ingredient. Some of the examples are – whipping cream by using chickpea water, ricotta cheese using cashew, ice cream with the help of bananas, zucchini lasagna, peanut curd etc. These ingredients will not differ much from the non-vegan ingredients and can completely match your taste buds and provide satiety.
Many people believe that drinking cow’s milk is healthier than any other milk but that’s not true. Vegan substitutes of milk that are almond milk, cashew milk, coconut milk etc are in fact superior than cow’s milk, not just in nutrients but also because it comes from the environment and is in its natural form unlike animal milk which is meant to feed their babies.
Now-a-days many people are adopting veganism so you can find content on veganism everywhere in the web. It is important to be fully informed before deciding on this lifestyle change. You are just one click away from finding tons and tons of vegan recipes which makes your job so much easier. But most importantly by adopting veganism in your life you will be saving your share of animals that are being brutally slaughtered for meat. A small lifestyle change of yours will create a huge difference in the lifestyle of animal. You will be literally saving a life with a small sacrifice but no compromise on your taste buds.