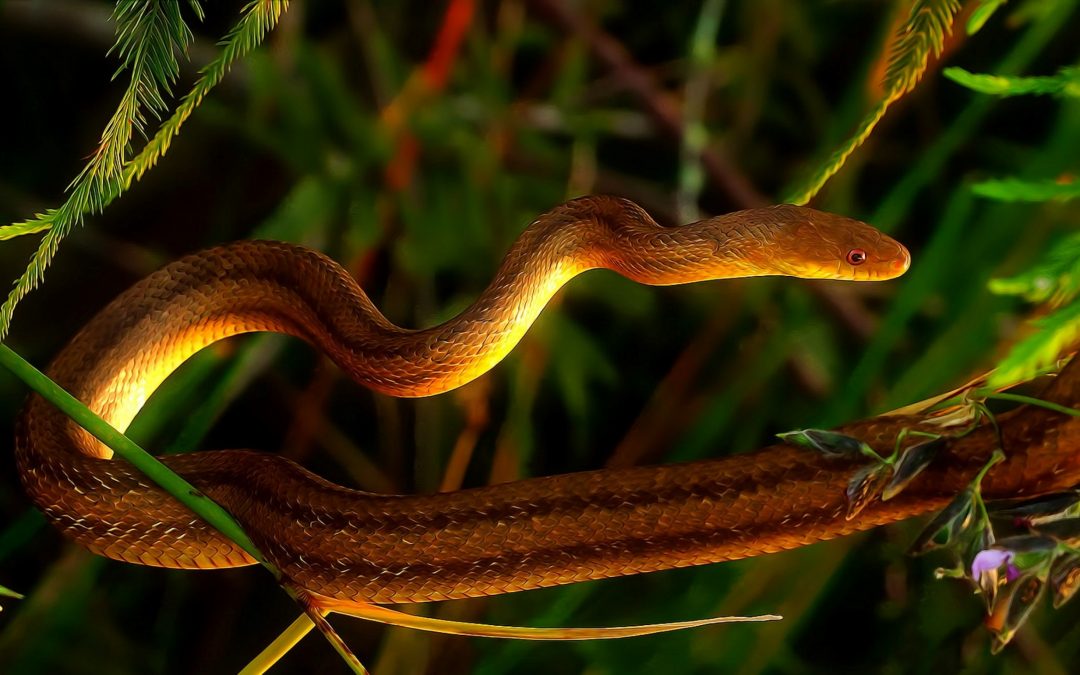 They are the longest venomous snakes in the world. It’s a shy creature until provoked. They are the national reptile of India and is native to forests from India through Southeast Asia. King cobras prey on snakes and lizards.

Some facts about snakes: